The Wavesfactory Cassette plugin emulates the sound of good old cassette tape with all its coloration and quirks. It joins the ever growing number of Lofi plugins released by all kinds of plugin companies since the rise of Lofi Hip Hop and related genres. In case, you are searching for a studio grade tape plugin, don’t read any further. You’ve come to the wrong place. But if you are into retro texture and tasty degradation, this Wavesfactory Cassette Plugin Review might be just for you.

Wavesfactory Cassette has a cool old school look with big buttons and knobs. Although I have never seen a cassette recorder like this one, it still kinda looks authentic and makes me want to turn its knobs and push its buttons.

The Wavesfactory Cassette plugin offers 4 tape types of different qualities. They run in combination with 3 different machine types which makes a total of 12 different tonal textures, without any further tweaking. And there’s a lot to tweak!

Apart from the tape and machine types, the Wavesfactory Cassette plugin offers some more features on the front panel and a lot more on the settings panel. Let’s begin with the front panel, where the quick tweaking takes place.

First you got input and output gain. The input gain affects how much tape saturation is applied to the signal. It is level compensated, which means the overall level doesn’t change when the input level is changed. That way you can focus on the sonic changes without getting distracted by level change. Thank you Wavesfactory!

Erasures emulates the degradation that happens, when cassettes are reused for recording multiple times. The result is a high frequency loss and therefore a duller sound.

Spread controls the stereo width. It can go from 100% stereo to mono.

Stability emulates tape speed fluctuation. Like a few other controls on the front panel, Stability is a master control, which means it controls several functions – which can be found on the settings panel – with just one knob. In depth tweaking of the individual functions can be done on the settings panel. For Stability there are sliders for the depth and speed of wow – slow fluctuation – and flutter – fast fluctuation -, as well as a slider for the stability randomness.

The static and dynamic noise controls introduce tape noise, which changes character depending on the tape and machine type. Static noise introduces a steady hiss to the audio signal. Dynamic noise slightly distorts the audio, adding noise depending on the amplitude of the signal. On drums for example, the noise is only added to the hits and not between the hits.

Last but not least the artifacts control adds dips in the high frequency spectrum. Like the Stability control, Artifacts is a master control. On the settings panel the artifacts can be fine-tuned. There you’ll find sliders for the speed and depth of both degradation – slow high frequency dips – and dropouts – fast dips. The same section contains a slider called random snap which is not affected by the stability control. It emulates the sound of a tape sticking and freeing itself, resulting in pitch glitches.

On the top left there is a group of switches. With these switches several processing stages like saturation, compression and noise automute can be turned on or off.

The section on the bottom left contains more sliders to degrade the signal.

Crosstalk introduces bleed from the left into the right channel and vice versa.

Azimuth changes the angle of the tape head, so that one channel is played slightly earlier than the other, which has a similar effect to panning.

Intermodulation adds interaction between different parts of the signal, which is not described in more detail. The audible result can be described as some kind of gluing, which is typical for tape.

The Wavesfactory Cassette plugin is a breeze to use, thanks to its clear and well-thought-out user interface. The most important controls are found on the surface, while in depth tweaking can be done on the settings panel. That way the plugin never gets in the way, despite its complexity.

And thanks to its complexity Cassette is capable of a wide range of tonal colors. And color and character is what this plugin is all about. The tonal changes are obvious and can go from drenched in retro texture to total tonal destruction. This plugin is on the Lofi side of music for sure.

I found that Cassette works great on any kind of instrument, as well as on subgroups and the master. Wherever you want that retro sound to happen. I also like Cassette on individual drums, to add movement and a more organic feel via the fluctuation of tape speed and level.

Presets are always a good starting point for further tweaking and can offer somer instant inspiration. Cassette comes with only 28 of them, which is not a lot imho. But they are well-organised and cover a wide range of what this plugin can do. Below you can hear a few of them in action.

With its retail price of 59 € the Wavesfactory Cassette plugin, is not the cheapest cassette tape emulation on the market but I find it to be worth every penny. Despite looking like a one trick pony, Cassette is super versatile and offers a wide range of beautiful vintage textures. When you treat this plugin more aggressively, it will take you to glitch heaven. It is also a great tool to easily add organic movement to programmed drums through the time and volume fluctuations.

The automatic gain compensation on the input level makes the producer’s life a lot easier, saving us time and energy for our creative tasks. It’s these seemingly unsexy features that make a plugin more fun to use.

Do you have any questions about the Wavesfactory Cassette plugin or my review or simply want to share your own experience with this plugin? Please leave your comments below! 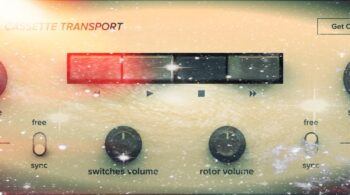 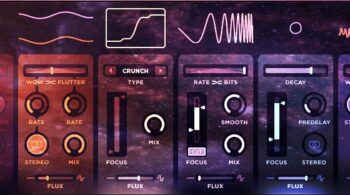 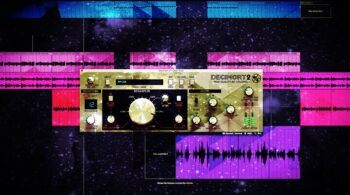